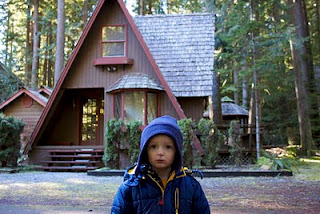 Until very recently, my favorite color was blue, however Finn has informed me that my new favorite color is red. This is due to the fact that he has appropriated blue as his favorite color, and he is apparently unwilling or unable to share.

Red's cool, I guess. Fire trucks are red and I too like fire trucks.

But if he steals the Yankees, pizza - or God forbid, Journey - from me, we're going to have a problem.

Please boy, at least leave me with my Steve Perry:

Posted by Unknown at 9:28 PM No comments: 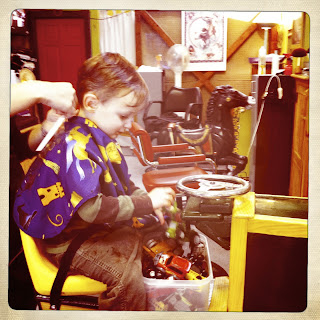 Poseidon and all of his little water god buddies are clearly still unhappy with us. Maybe it's because I call them all "little water god buddies" or maybe it's because I never really lived up to my wedding vow promise to Kitty to "stop at every swimming hole" (turns out there are a lot of swimming holes!), but whatever it is, they continue to punish us.

This time, they've decided to blow out the underground water line between the street and our house. At least I assume that's where the leak is, since for once I can't locate it by soaking wet carpet/ceiling. It's been a very quiet leak, one that we only confirmed last week when Kitty could hear water running through a pipe by our outdoor spigot and which explains our ever increasing water bills. I had thought they were just "potty training" laundry bills.

We've been doing a lot of laundry.

Identifying and diagnosing a problem like this is not dissimilar to how it used to be trying to figure out if something was wrong with Finn. You could tell when he was acting out of sorts, like I could tell our water bill wasn't quite right, but if there's nothing visible and if your kid/pipe can't talk, you're left either waiting to see if something big happens or you rush off to the doctor/plumber, leading to your friends/neighbors diagnosing you with new-parent/rich-loser disease.

It's great once your kid starts talking, since now he can inform you of exactly what's bothering him. This greatly helps your decision tree. For example, prolonged ear pain is probably worth a trip to the doctor, whereas acute Bob the Builder deficiency can be easily remedied in the basement.

That assumes your child will tell you when something is wrong. An assumption that Finn confounded today when his eardrum exploded out of nowhere.

Well, not totally out of nowhere. He mentioned as we were getting ready for bed last night that he had an earache. And this morning, the contents of his head were pouring from his ear. The doctor confirmed a ruptured eardrum, due to severe infection, on one side and a less-serious infection on the other which means only one thing: this kid is much tougher than I am, as I would have been begging for death with that going on in my head.

On the upside, the rupturing of the eardrum apparently eliminated the pain and now he's back to his usual cheerful, snotty self. With that having resolved itself, maybe the outside leak will do the same before the plumber gets here on Tuesday. Either that, or somehow every bathroom fixture in our house will simultaneously explode in slow motion while the 1812 Overture plays on the stereo.

Poseidon Rules!
Posted by Unknown at 8:24 PM No comments:

Cat's in the Cradle

I was gone for the first half of last week on business again. This is what Finn looked like before I left: 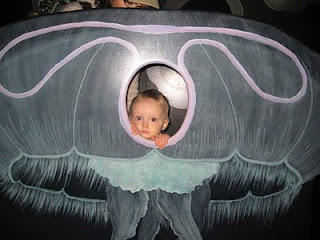 And this is what he looked like when I got back: 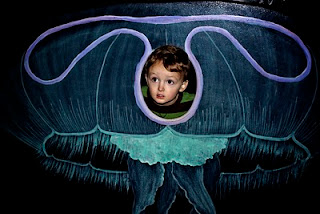 What a difference four days makes.

Particularly when that four days is actually two years. I was really just looking for an excuse to show these pictures side by side. I can't get enough of how much he's grown... or how little I remember him being as tiny as he is in that first shot.

I also can't get enough of what a weird photo prop that giant jellyfish/uterus is. 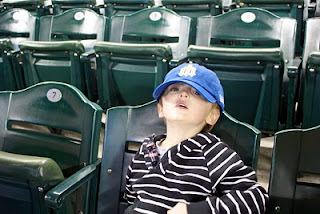 The reason that the baseball season spans eight months is that Major League Baseball is afraid that if it gives you any amount of time off, you'll wise up and realize that the sport is actually incredibly boring. That's the purpose of Fan Fest in January. To keep us on the hook.

For the second year in a row, Finn and I headed out with Spiro & True to Mariners Fan Fest at Safeco Field last weekend. I was super excited for this year since, unlike last year, Finn is not suffering from leprosy and is generally more runny/play-y. Unfortunately, the Mariners must have read my post about our secret entrance last year and were prepared for us this time, rejecting us at the secret door and forcing us to enter with the great unwashed.

Luckily, we found a short line and didn't have to wait in the rain too long, as lines have proven in general to be counter to Finn's disposition (see: line for Santa Claus). Even though the joint was PACKED by the time we got in, turning the "run" around the bases into more of a "Japanese tour group stroll" around the bases, we still had a great time.

Although I was still smarting from my tee-ball showing from last season, and was therefore hiding behind my camera, Finn stepped up and took a few cuts - clearly outdoing my 2010 performance. I even got him to play catch with me in the outfield, during which time I even managed to toss the ball directly into the webbing of his mitt a couple of times, since he hasn't quite figured out how to catch on his own... or which hand the mitt goes on. 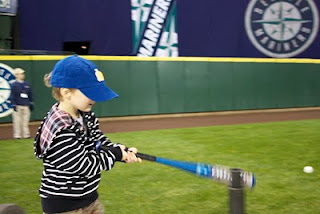 In general, a very impressive showing for an almost-three-year-old. He's already outpacing my early baseball career, where it took me a couple of years (and several consolation milkshakes; thanks again Dad!) to make the Little League team. In two seasons with the Clinton Tigers, I had exactly one hit, which left me with a career batting average somewhere around .001, which in turn cut my on-base percentage - driven entirely by walks - down to around .500. Ten-year-olds are terrible pitchers.

Aside from that hit, I really only have one play that sticks in my memory, when our deaf catcher - who certainly spoke well enough to consistently chew me out for striking out - threw the ball so hard to me at second base that I dropped my glove in pain... right onto the leg of the stealing baserunner.

Not exactly Hall of Fame material. Looks like it's up to Finn to live up to my unfulfilled baseball dreams! 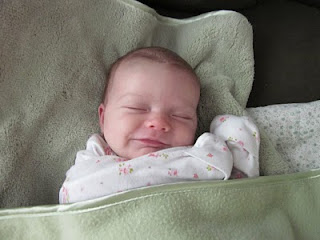 I've been remiss in welcoming the newest member of the Fussy Ninja baby army, cousin Alexandra Parker, born December 18. I wanted to post this earlier, but the new parents have been incredibly stingy with the taking and sharing of the pictures - which is a quality that my brother clearly did not inherit from me.

The delay has been driving me nuts because I've been dying to share this awesome article from our local "alternative weekly"/hipster-wrapping-paper, The Stranger, from a few weeks back. If you can't be bothered to click the link (click the link!), it's an article about parenting, the theme of which can be summed up in this paragraph:

"It should be noted that, on the whole, children love their parents less than their parents love them," Hegel writes in Philosophy of Right. Hegel got many things wrong (history is not directed by a ghost), but this he got right. Children are unhappy, parents are unhappy, and then there is this final letdown: Children, even if they become adults, cannot love you as much as you love them. After all of that, all of the suffering and slimy diapers, you are stuck with all of this love in your heart, and most of it will never be returned.

Welcome to the club, suckers!
Posted by Unknown at 8:02 PM 1 comment: