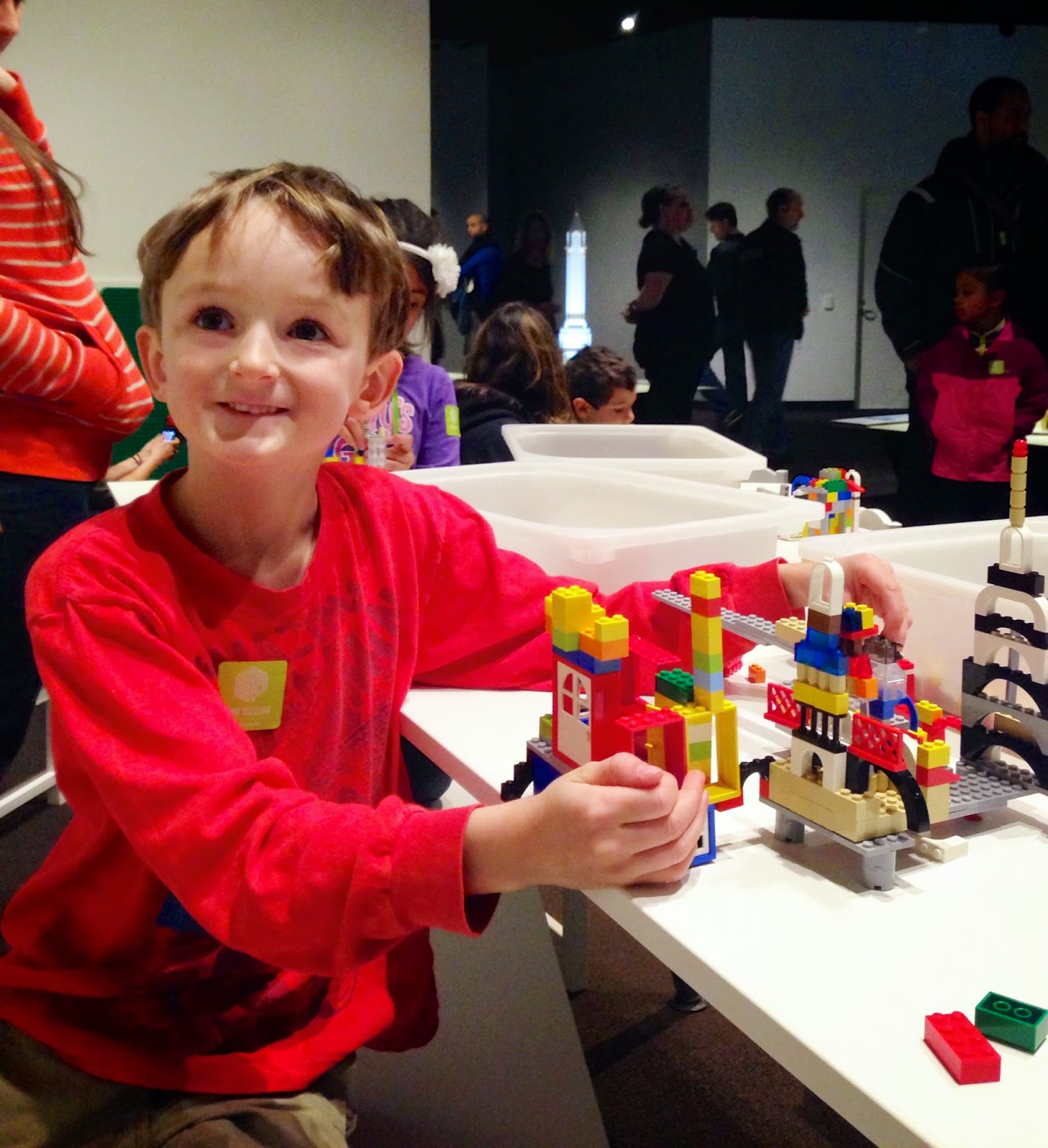 And now your first kid is six.  And while he'll never be that small again, I'll be damned if he isn't still the cutest most awesome kid on the planet.

Let me tell you about last Saturday - heretofore known as the Greatest Saturday Ever.  It started off with Finn's first little league game.  This is a big deal, given that we never actually played a tee-ball game, making this Finn's first time on a competitive baseball diamond.  Let's be clear:  we don't keep score in this league (they won 6-3) and we care far more about the effort they put in, than their batting average (Finn went 2 for 2 - though he did have to be physically steered toward first base), so it was a great day and a win all around no matter the results.  Even though we weren't keeping track.  Officially.

We then went home and completely rebuilt a wooden retaining wall on the side of our house together.  And by "together" I mean that I rebuilt the wall while Finn meticulously and painstakingly deconstructed every rotten piece of wood that I removed by alternately smashing it with a hammer, a chisel and/or a shovel.  We're a good team.

But that wasn't all.  To top it off, Finn and I had a Daddy/Finny date at the Lego Movie that evening, where we ate popcorn for dinner, laughed out loud (and maybe cried a little bit at the end - just sayin', it was touching), and then ate Chicken McNuggets for dessert on the drive home.

A crippling stomachache is apparently a sign of a successful Father/Son evening.

And now today, Finn turns 6.  Kitty and I ate cupcakes with him at school and then she whisked him away to a Mommy/Finny date at the EMP Lego exhibit (click the link) where he built amazing Lego sculptures that I'm sure looked like houses (per the picture above), but were in some way related to guns, laser guns, nuclear guns and/or nuclear laser guns.   While I'm sad that I missed that, I'm glad that his Mom got a day that was as awesome as my day last weekend.

So to my son, who will never be 5 again, I love you more than my sarcastic little fingers can possibly express.  You make my weekends worth waking up for, even if it's only to clean up all of the destruction that you leave in your wake.

Happy Birthday.
Posted by Unknown at 11:20 PM No comments:

You down with APP?

As a product of the NY public school system, and a child of two public school teachers, I can't wait to get Finn's monthly Montessori school payments off my books.  Baseball season is upon us and my $9 stadium beer budget is dangerously low - if I can eliminate some pesky learning AND score beer?  WINNING.   This is even more pressing once you consider that Montessori only goes through 8th grade.  Can you imagine unleashing a Montessori-schooled 8th grader on a public city high school?  My bully protection budget would be through the roof!

Unfortunately, it turns out that our local schools are bad and our local principals and first grade teachers are bad - and not in a Jim Belushi or Edward James Olmos definition of the word; just plain stinky.  There are local charter public schools that we can apply to, but the liberal media gods - to whom we leave all of our thinking - say charter schools are bad.  Plus they're really hard to get into.  Which leaves us with few feel-good options, if we're going to insert Finn into the public school system.

As luck would have it, they're opening a new public elementary school less than 1/4 mile from our house, which we can automatically get into AND for which the principal is so highly regarded by the geniuses that comment on internet message boards, that people at her current school all the way across town are planning on switching their kids just to follow her.  Plus, it's FREE.

Decision made.  But just to make sure, we decided to attend a Q&A with the principal to really put the screws to her by asking all of the tough questions, like:  When does the school open in the morning?  Can someone watch my kid until after I get done with work?  Like anyone?  Maybe a janitor?  Perhaps even just an iPad with Angry Birds Star Wars on it that's tied to a bike rack outside (provided that iPad dispenses snacks and has a high tolerance for whining)?

There were about 40 parents in the cafeteria of this school, not including us, and I believe that 38 of them were asking the same question - about the APP curriculum - as Kitty and I feverishly texted back and forth to see what APP was and to determine whether we were bad parents for not having any APP-related questions.

We were eventually relieved to learn that we were not in fact bad parents, that the school opens at 8:20 (which we were finally able to ask roughly 1.5 hrs in), and that getting into APP requires a test and a psych evaluation.  In first grade.  And yes, APP students do mix with regular students.  In all classes, all genders, and all days of the month.  Although people still continued to ask.

The fact that nearly all parents here were only asking APP questions means one of two things:  this kind of Q&A event is really most compelling to parents of gifted children, who are clearly very concerned about the curriculum that their children will be receiving and want to be extra (extra, extra, extra) sure they have all of the answers OR everyone in Seattle thinks their child is gifted.

I think it's a coin toss.

But not in this house.  Tonight, I asked Finn what he wanted to do his science fair project on and his reply was "nothing".  I breathed a sigh of relief.  The dude is only in kindergarten.  But then he demanded we read a digest version of Moby Dick.  I got scared.  That sounds like APP-talk.

We're going to have to kill some more brain cells with Angry Birds.  I can't go through the APP discussion again.  I can't...
Posted by Unknown at 9:50 PM No comments:

What do Nick Saban and I have in common, aside from our grim demeanor and inability to smile?  That's right, we both coach the Tide!

Let me take a step back.  When Finn's friend Reid (pictured at right with ball, soon to be inserted in pants) 's dad asked me if I wanted to sign Finn up for coach-pitch little league this year, I was stumped.  After the Great Tee-Ball Debacle of 2012, I was:

The answer is "all of the above."  However, factoring in the motivation that Reid and Finn's other best school buddy Bennett (also pictured above) would bring, along with my overwhelming desire that Finn do something other than play Angry Birds Star Wars and/or beg to "watch something" on every single device in the house ("What about Mommie's third generation iPod?"), finished by my completely unrealistic hope that he's the next Mike Trout, led me to dust off the poncho & prepare for weekends on the sidelines in the rain for the next couple of months.

But it was not to be.

Finn IS playing baseball - that part is happening.

I'm just not on the sidelines.  It turns out, I'm a coach.

After years of aggressive disinterest in actually participating in any of Finn's events or activities, I got unlucky and signed my son up for a team that needed coaches - and whose primary coach was Bennett's dad, Charlie.  What kind of base-hole would I be if I told him I couldn't coach, while I still watched every practice & game from the sidelines?

And so here we are at Week 1 of the West Seattle Tide's preseason schedule.  Practice went well today.  It rained.  Finn complained a lot about how cold his hands were, flashing me back to 2012.  But once I went to good ol' promise-ice-cream, we were good.  We all survived.  Finn didn't get terribly hurt (which is good, since I didn't buy him the required cup).  And I'm excited to announce that I'm a baseball coach.

Thank god that Charlie attended a coaching seminar and knew what to do.  I ended up exhausted from leading the kids in runs around the field and from shagging flies.  Some of these kids can CRUSH the ball.  At age 7.

Not Finn.  He's not even sure which base is first base.  Or that there is a "first" base.

But we'll get there.

On another note, Edie has a word.  It's the same word that Finn had.  It's "ball", but it's pronounced like a drunk puking on the sidewalk.  In slow motion.  "Boooooaaaaaawwwl."

I hope she chooses an indoor ball sport.
Posted by Unknown at 9:43 PM No comments: 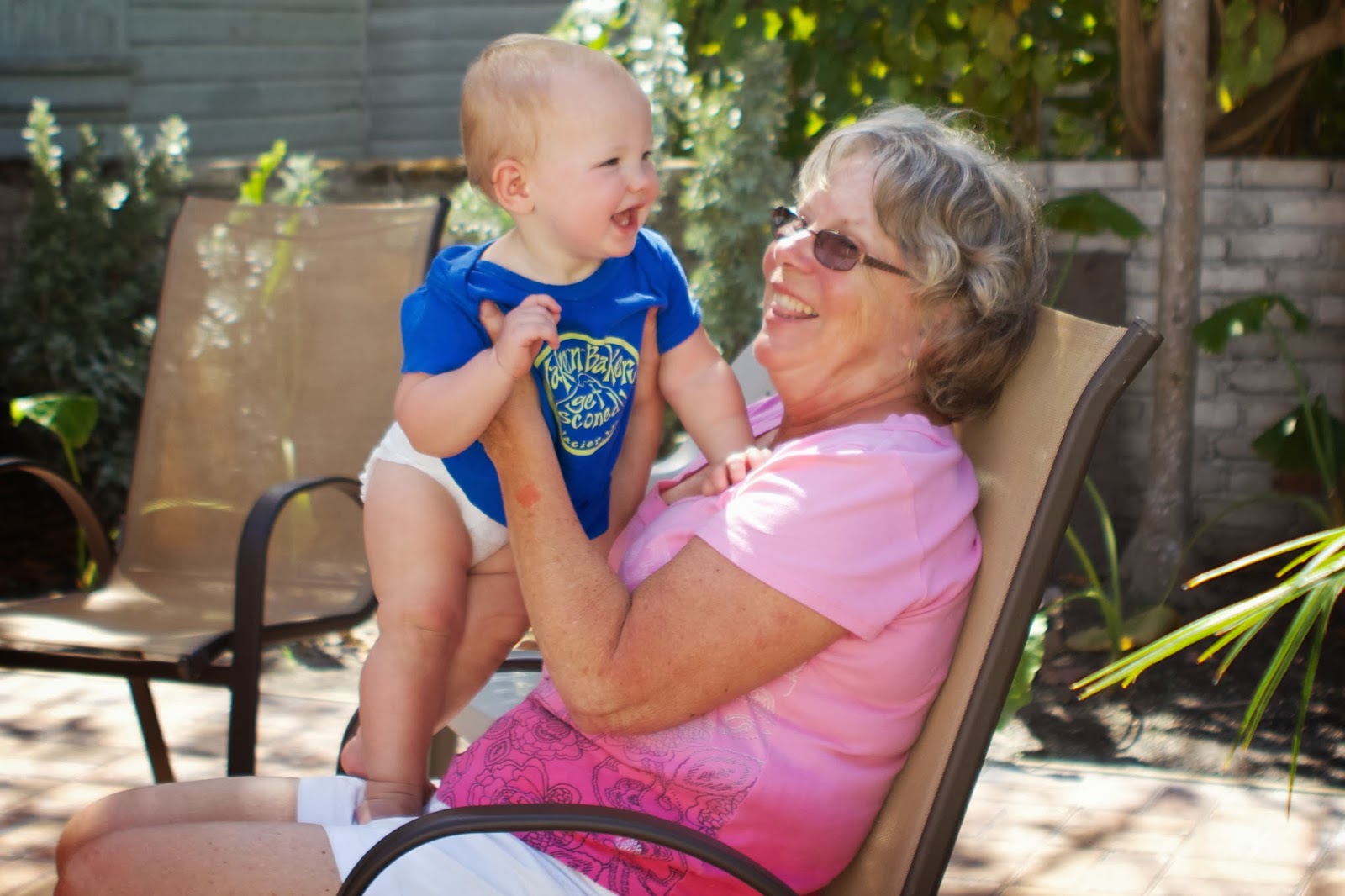 The flight home from Key West was relatively uneventful.  I say "relatively" because there was no vomiting and/or minimal unhappy screaming.  What there was, was lots and lots of happy squealing, attempts to use the teeny tiny legroom area in front of all three of us as a Pack & Play, baby led weaning (e.g., food ground into every square inch of Row 28), and lots of very precarious Bloody Mary drinking.

For a claustrophobe like me, it's clear that 4 increasingly active people in 3 seats is not a thing that I will ever do again.  Unfortunately, you can't just buy another seat midflight, so it was very clear that if we were going to survive the flight, one thing needed to happen:  Edie needed to learn to watch TV.

Finding Nemo on the iPad actually calmed her down for far longer than we would have expected, given that Finn wouldn't watch TV at all until he was like three years old.  Of course, her attention was in large part driven by our vice hold on her body.  Nothing makes you feel more like an "enlightened" parent than physically aiming your child's head at a screen and holding it in place while they cry, screaming "WATCH TV, DAMMIT!"

Of course, on an airplane, you're screaming that in your head.  Screaming out loud does not equal free drinks from the flight attendants, and those are also critical to the plan.

Throughout all of this, I couldn't help but look lovingly at my son, who was sitting quietly, happily watching Nemo for the 345,874 time.  I don't even think he had his headphones on.  As long as there are pretty pictures to stare at, he doesn't care.  In fact, as I type this, he's sitting in the basement watching Return of the Jedi for the third time in two weeks.  It's amazing - even if he won't admit that Empire Strikes Back is better. 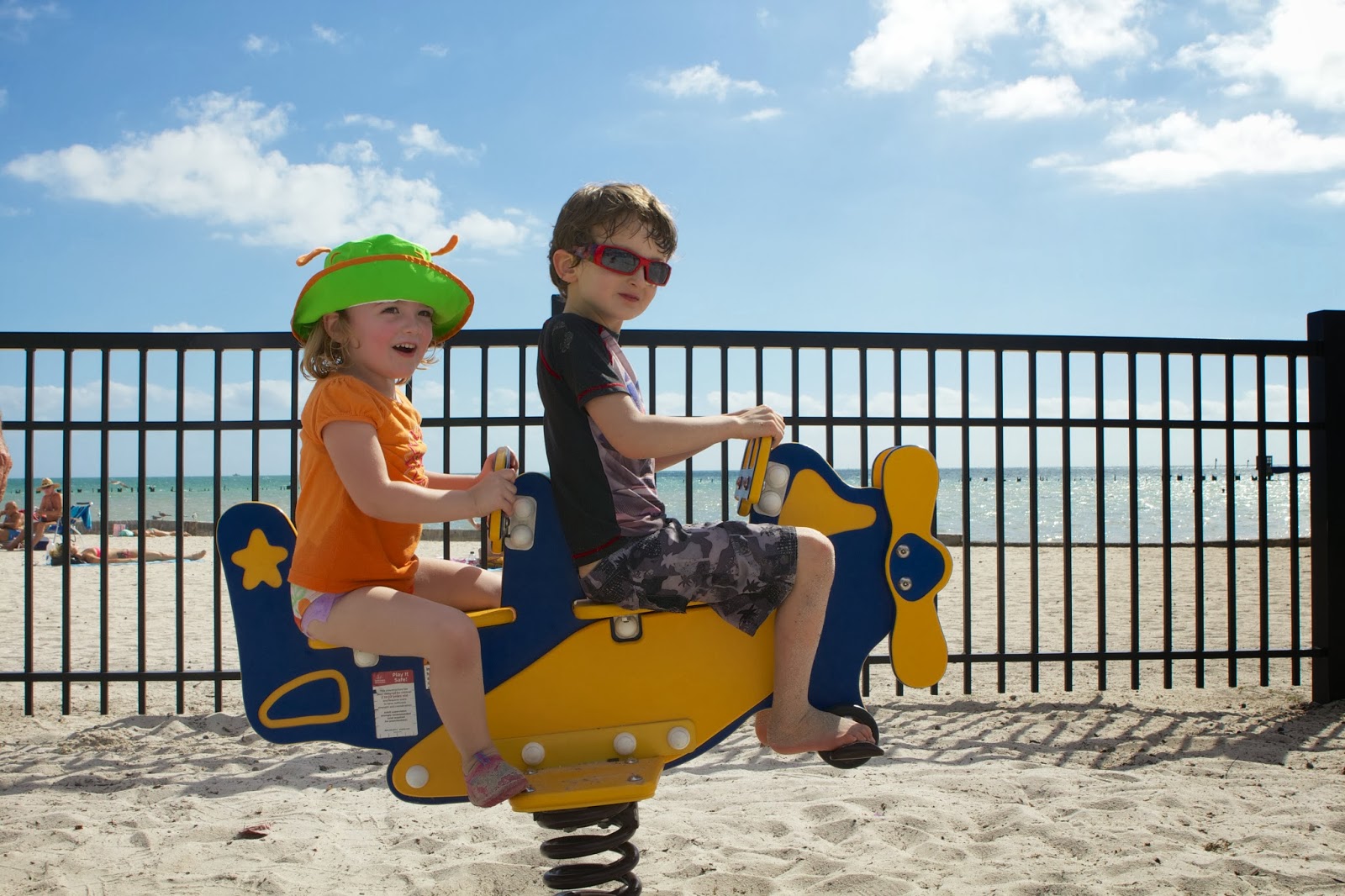 Unfortunately, Finn's TV watching has advanced to such a point that I'm finally starting to get a little bit concerned that perhaps we've gone too far, too fast.  Instead of Dinosaur Train or Jake and the Neverland Pirates, he now regularly requests Star Wars or the Avengers.  Or Mega Shark vs. Crocosaurus.

Don't judge me on that last one.  He really likes the movie and it's too crazy to actually take seriously.  That said, I did have to ask him to turn off Sharknado after that shark came flying through the restaurant window and ate that tourist.  Even I have limits.

The best part of all of this is watching Netflix's recommendation engine try to make sense of a watcher that equally enjoys family animation and SyFy monster films.  Finn may single-handedly be responsible for your slow Netflix performance at home, as the computer tries to figure him out.

Sorry about that.
Posted by Unknown at 11:41 AM No comments: