Should auld acquainta... NO RACCOONS! 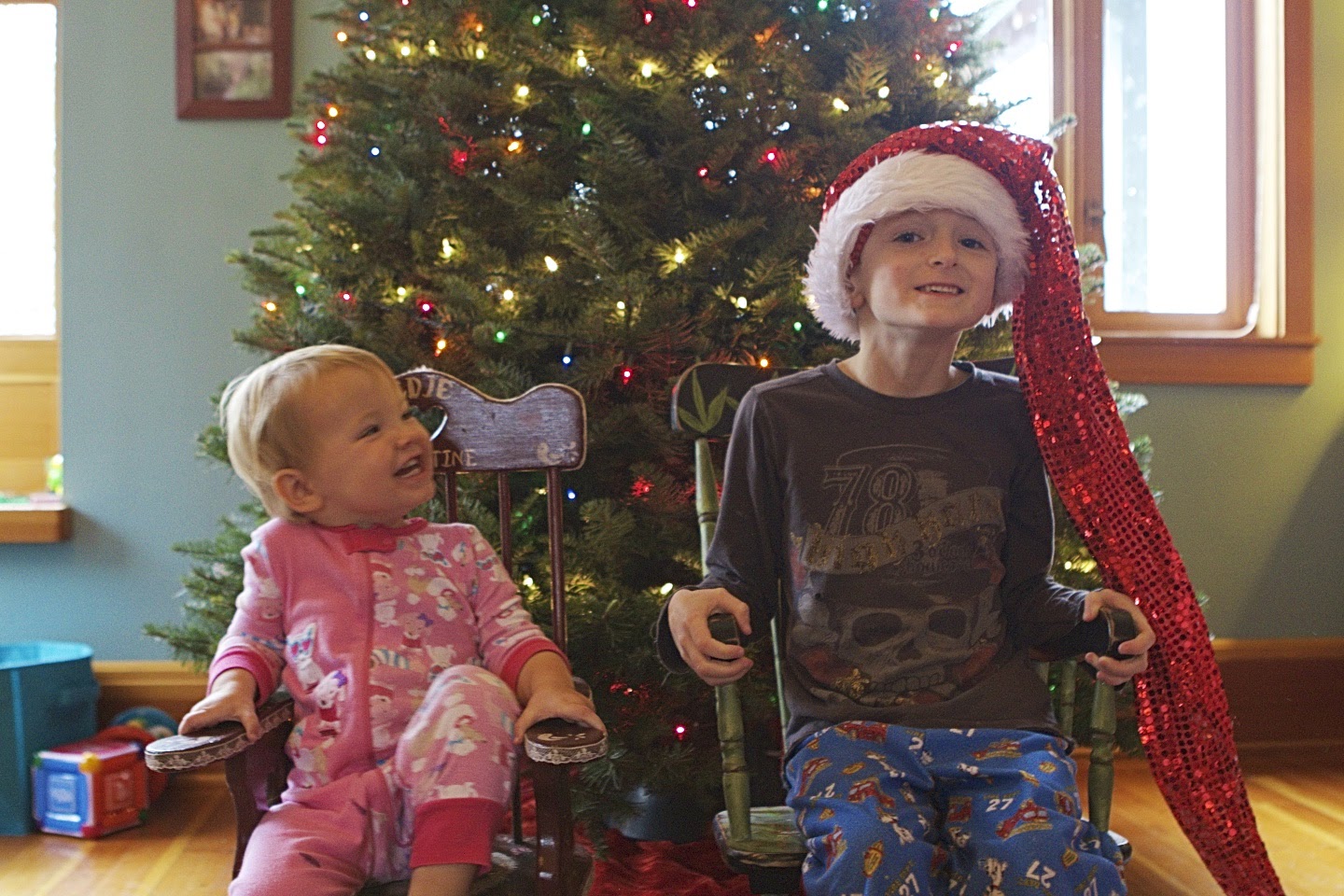 As another year winds down and as my lovely children have finally been stuffed forcefully in their beds with peppermint popcorn crammed lovingly in their cry-holes, it's time for reflection on the important question that I must imagine all parents ask themselves this time of year:  What did I yell more in 2014, "lean over your plate!" or "stop screaming or you're getting a time out!"?

And is it appropriate to immediately follow an exclamation point with a question mark?

The answer to both questions, of course, is "who freakin' cares?"

Whether it's Edie's adorable demands for everyone (and I mean EVERYONE) within 10 square feet of her, to "READ A BOOK!" or her oddly persistent fear of raccoons, it's been a great year.  Whether it's the fact that Finn is finally gaining confidence in his reading and writing or the fact that he hasn't taken that opportunity to write "BUTT" on everything we own, it's been a great year.

Yeah, we failed in our second attempt at organized sports and spent way more time (and gambling money) at the hospital than anyone should have to.  And yeah, there's still WAY too much poop in this house not ending up in toilets and/or getting flushed, but screw it.  The kids are healthy, they're happy, and I'm so utterly spent that I don't even get to update this thing as much as I'd like.

Even if I haven't written it down, at least I'll remember it - with the three brain cells that I haven't killed by drinking myself to sleep each night in total exhaustion.

So here's to a roller coaster 2014 and to new adventures and challenges in 2015!  Even though we've turned many corners this year, I know that we've still got a long & exciting road ahead.

'Tis the season... for Raccoons! 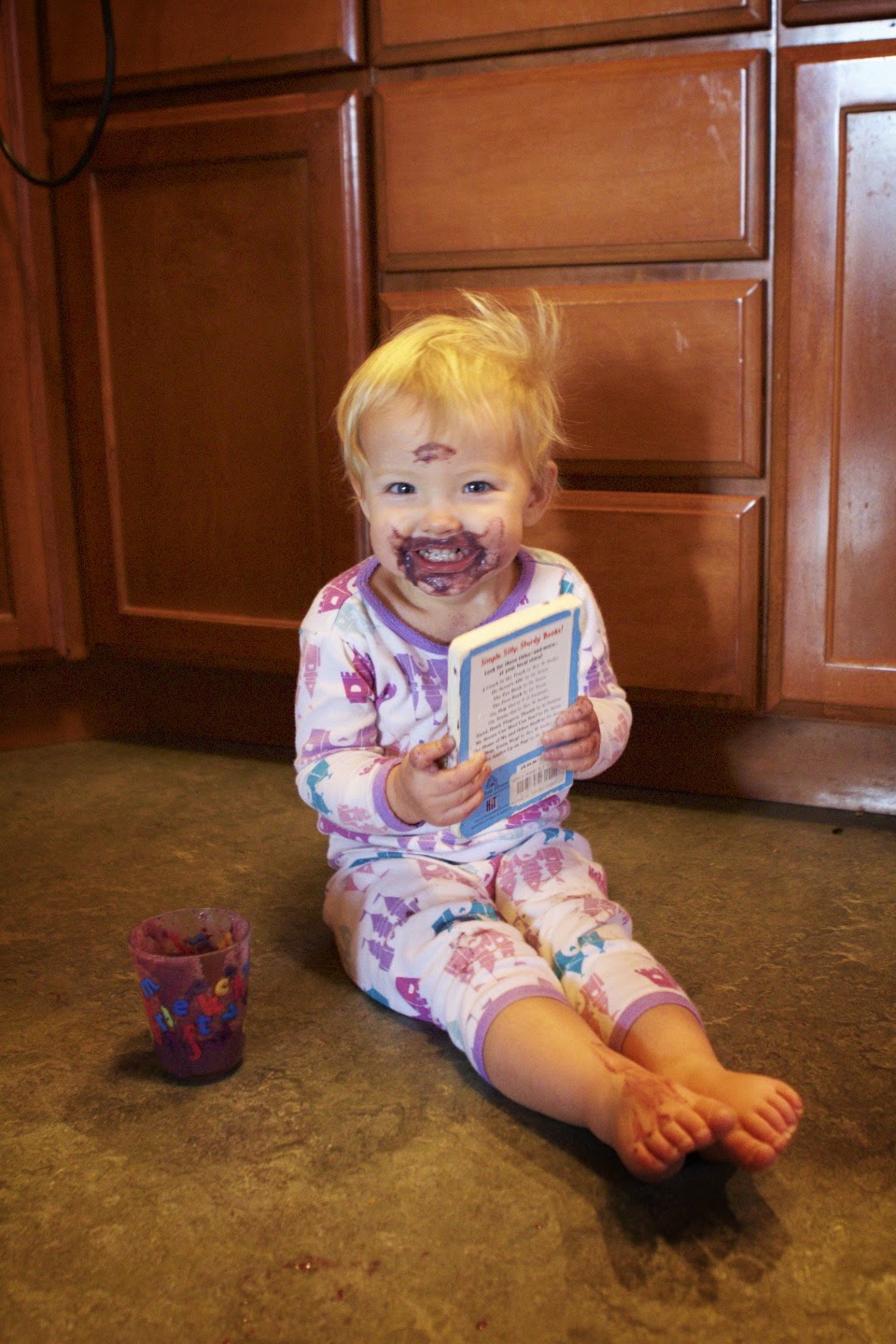 It is fair to say that among the Scrooges of the Ninja/Rookie household, I am typically the Scroogiest.  From my rampant disdain for glittery junk that does nothing other than stick to my cheek inappropriately before important meetings and clog the vacuum cleaner to my disregard for dressing up for costumey occasions in anything more than a different colored baseball hat, I much prefer to spend my holidays sitting in the corner feeling superior and judging you all.

While drinking Egg Nog.  Because Egg Nog is the bomb.

Case in point, while Kitty starts Christmas planning in March, with "Stocking Stuffer Season" in full swing by July, I hold fast to a No-Christmas-Before-Thanksgiving rule.  This means no Christmas Lists get written, no Christmas Carols get sung and certainly no Christmas Lights go up until after the turkey is put away and both the gravy and Daddy are drank/drunk.

But it was harder this year to resist the draw of Christmas in the fall.  I don't think it was the October Christmas displays at Rite Aid (though those are getting better), I think it was the ridiculous explosion of Halloween and Thanksgiving lights that everyone in Seattle has suddenly adopted.  Thanksgiving lights?!  We even had a neighbor that had a giant inflatable turkey in their yard, holding a knife & fork... What does that even mean?!?  Is he eating turkey?  Or is he implying that he's going to eat people?

I have no idea, but we had to go down nightly to analyze & debate it.  Unfortunately, we may have broken our daughter of holiday lights in the process.  On one trip down to the giant inflatable cannibal turkey, we ran into a gang of ruffian raccoons that tried to run us off their turf.   I thought we handled it well, with few "We're not scared of you!  We're leaving because we want to, not because you're making us!" back over our shoulders, however now whenever Edie sees Christmas lights, she just starts repeating, "No raccoons, no raccoons" like a soldier with PTSD and won't let us go anywhere near them.

It would be a shame for someone who has shown herself to be a big animal lover to develop a critter phobia like that so early on, particularly one that impacts our ability to rock out to some Christmas lights, so we'll need to work on it.  And apparently we'll work on it by buying a life sized stuffed tiger that we'll name Mr. Pickles and that will also terrify her.  We like to fight fear with more fear.

Nothing is more adorably sad than hearing your daughter yell, "No Pickles, No Pickles!" over and over again at your enormous stuffed tiger. 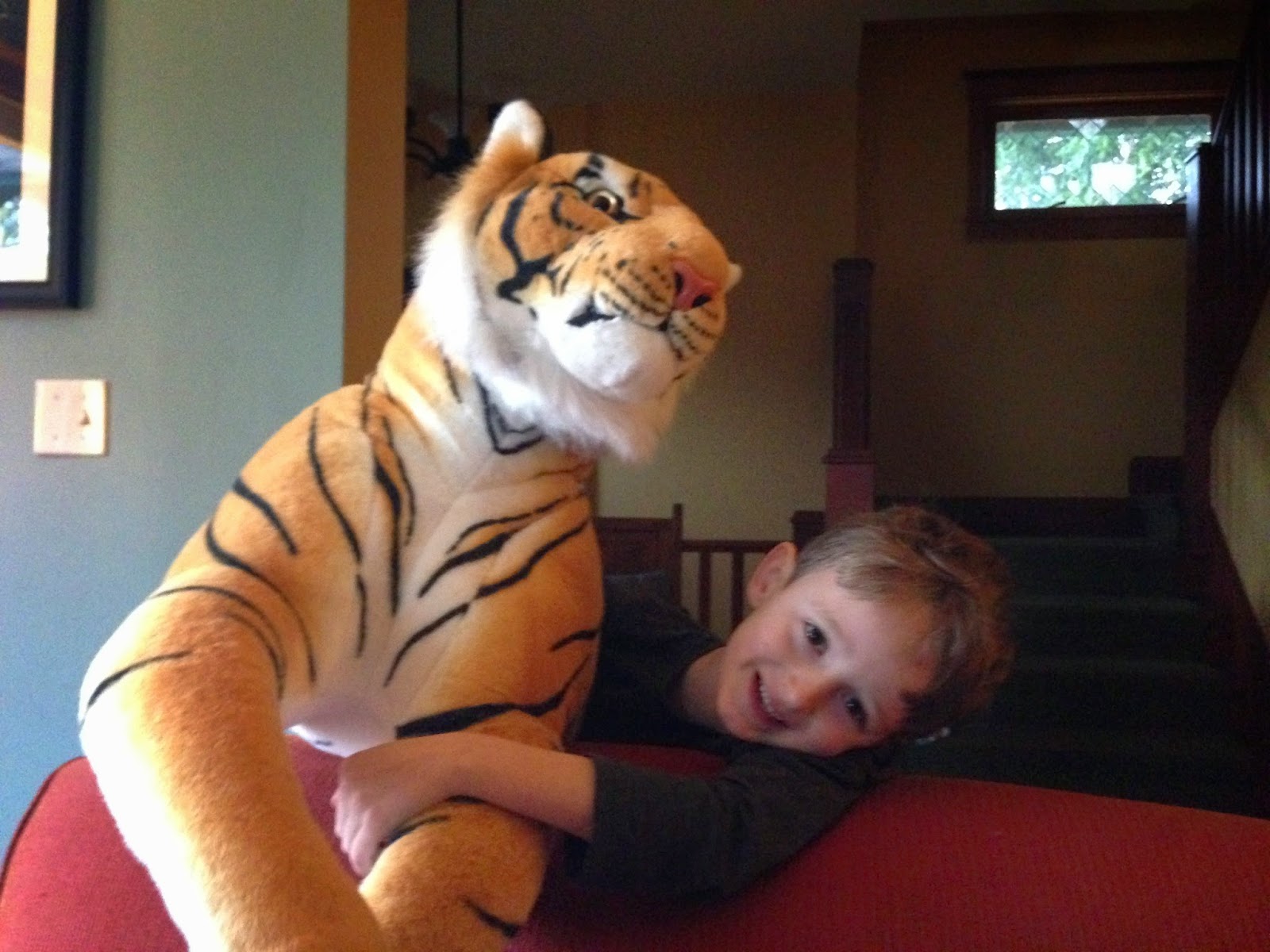 Whatever.  She'll get over it, eventually.  She's already gotten up the courage to punch him in the head, so hugs are the natural next step.  Right?  Right.  Finn currently drags Mr. Pickles all around the house with him and sleeps with him in his bed every night, so it's not like she can avoid him.

So while we work on that, at least we can enjoy our own Christmas lights, since I went against type and put them up weeks ago.  Given how ridiculously sore I now apparently get from the act of putting up Christmas lights, I'm extremely happy that I did it so early.  This whole holiday would not at all be worth it if I had to climb up in that stupid tree and take them down again just a couple of days later.