I judge my parenting success the same way that all other literary fathers judge theirs:  by the number of blog posts that I put up each month.  By this measure, July was not a good parenting month for me.  Only one post with any text and two cheating picture/video posts.

I have a really good excuse though:  beer tastes DELICIOUS in July.

But that won't come through in the Google Analytics reports that my children and  I are sure to be reviewing over the dinner table in twenty years, so I'm going to cheat and backdate this post (written on August 1) to July 31, so I can at least have four posts up in July.

Don't judge me.  I judge myself already.  Which is why I drink.  And why we subsequently don't have any blog posts.  It's a vicious circle.

Another reason that we lack posts this month is because we've been having too much fun.   And not just with our cross-country family excursions.  Just in the last week, Kitty and I have been having WAY too much fun, reliving our younger years at a couple of Phish shows.  It's too early for the kids to develop addictions to hacky sack and hemp jewelry, so Grandma flew out for the week to watch them while we went off to destroy our livers.

Boy was that a mistake.  Recovering from a debaucherous weekend is hard enough, but it turns out that it is significantly complicated if you've got a baby at home and are therefore not getting any sleep.

On the plus side, over the dinner the other night, my mother mentioned that while we were gone, she asked Finn what he wanted to be when he grew up.  After pointing out that I had wanted to be a volunteer firefighter or policeman (my wife can work!), Finn said that all he wanted to be was a Daddy.

After the requisite "awww"ing was done, I asked him why.

"Because Daddies have all the money."

Thank goodness.  I was worried that I had become a role model, which would be a lot of pressure.  Good to see that I'm still just the guy that buys Legos & ice cream.

Although after a weekend at the Gorge spending $13 per beer, if Finn were to see my wallet now, I'm not sure he would want to be a Daddy anymore.
Posted by Unknown at 1:45 PM No comments:

Posted by Unknown at 8:42 PM No comments:

This arrived in the mail yesterday.  I need to figure out what list we're on so we can get off of it.  I don't need any more of these. 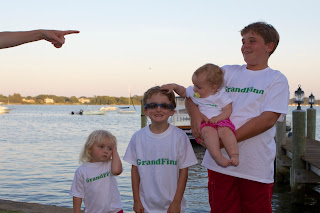 There's nothing like a family vacation to make you need a vacation.

Notes from the last two weeks, spent cruising the east coast and checking in with the families:

More pictures will be coming along soon, but there were three other highlights that must be called out: 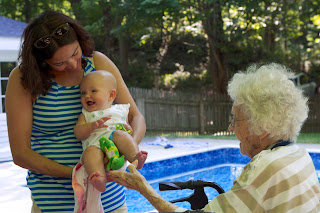 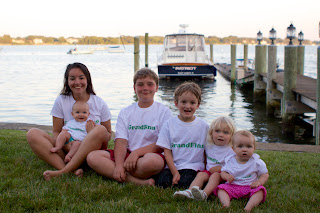 It was a blast, but I sincerely hope that we don't have to do anything like it again any time soon.  Really.  Any time soon.