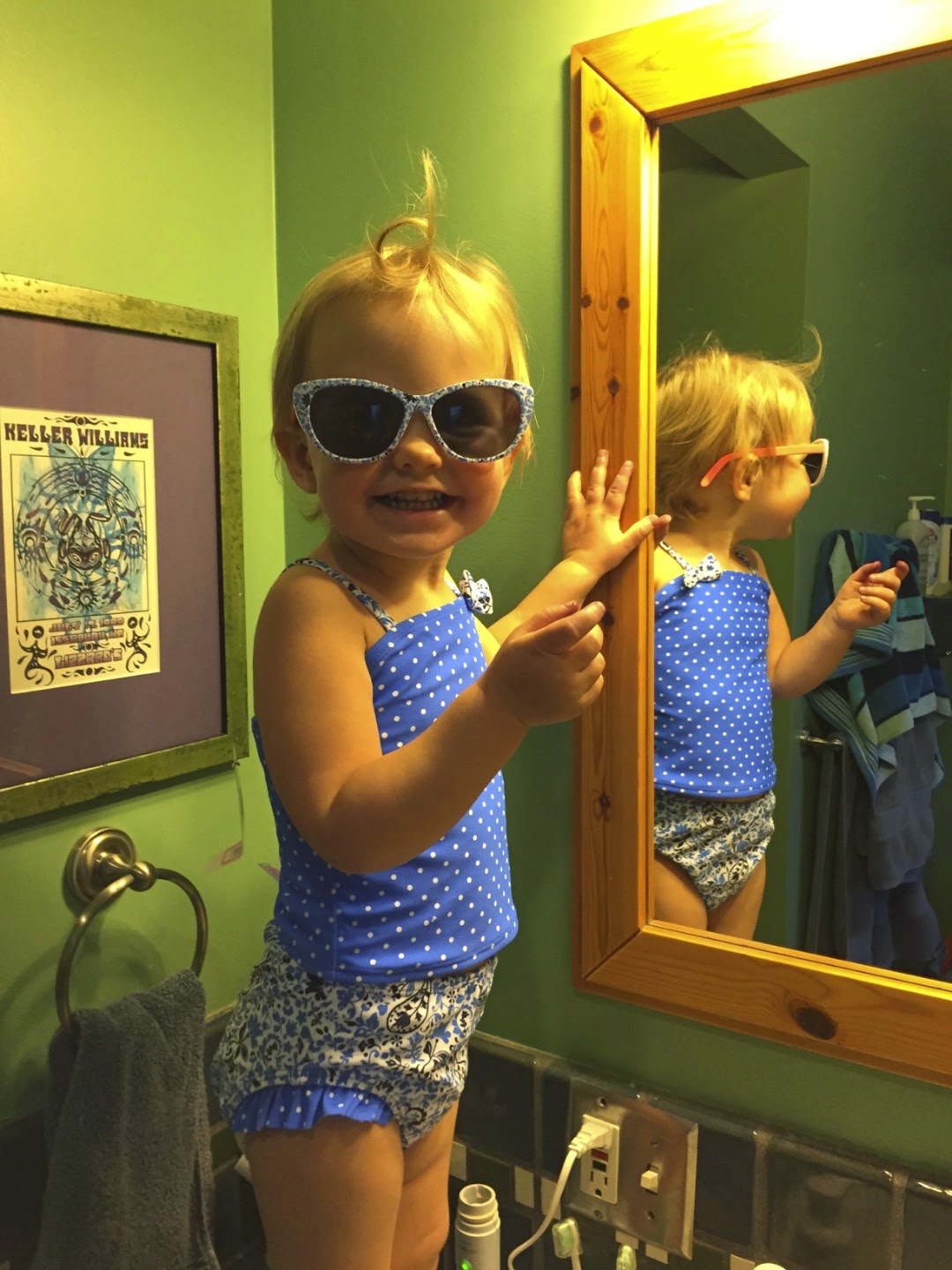 There is nothing funny about being woken up on successive nights to the sounds of your kids puking in their beds.  Stripping wet sheets, finding big bowls, running the washing machine for 48 hours straight.  Add to that multiple days off work due to the ejection of bodily fluids from the other end, and it ain't a pretty sight.

On the other hand, there's nothing NOT funny about your almost-two-year-old daughter adopting "diarrhea" as her favorite word - screaming it at the dinner table, in the car, at passersby.

It's impossible not to crack up when she yells DIE-REE-AH!  at the top of her lungs while you're out at dinner, until you realize that everyone in the restaurant is looking at you laughing at this, in the midst of the piles of food that your kids have thrown all over the table, floor and empty beer bottles, slowly understanding that you're now "that" family.

And then immediately not caring as soon as another cry of DIE-REE-AH! echoes out across the dining room.

I'm sure it'll get old eventually, particularly now that her method for getting our attention is to interject, "die-ree-uh?" into any conversation that we're having.

There was a time in our lives when New Year's Eve meant glowsticks, tie dyes and epic Phish concerts - sometimes running all night - but those days are long gone.

Or so I thought. 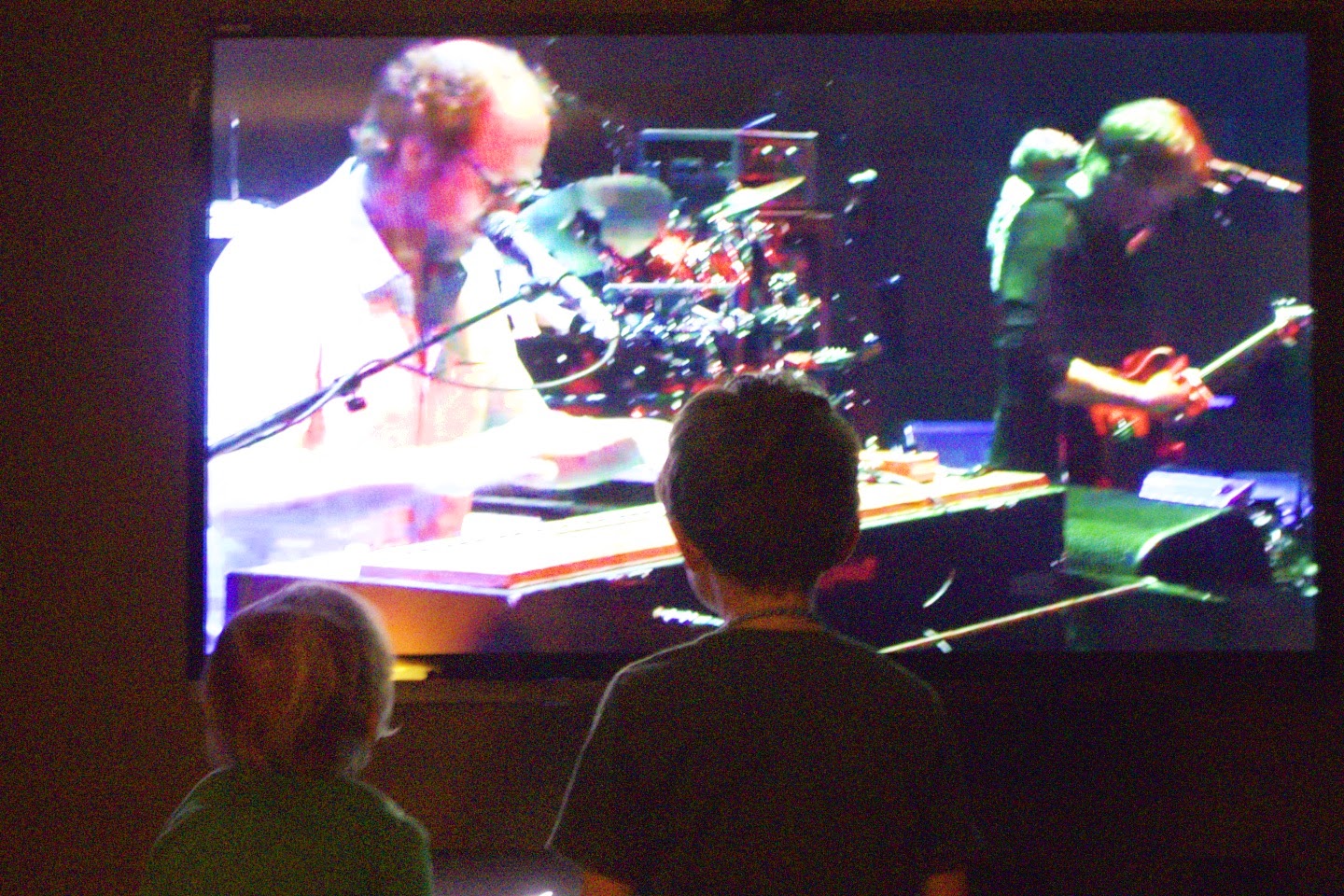 Yes, those are both of our children, rocking out to Phish live, via the wonders of the Intertubes.   And that was the mellow moment.  The rest of the evening was full of family glowstick drum circles... 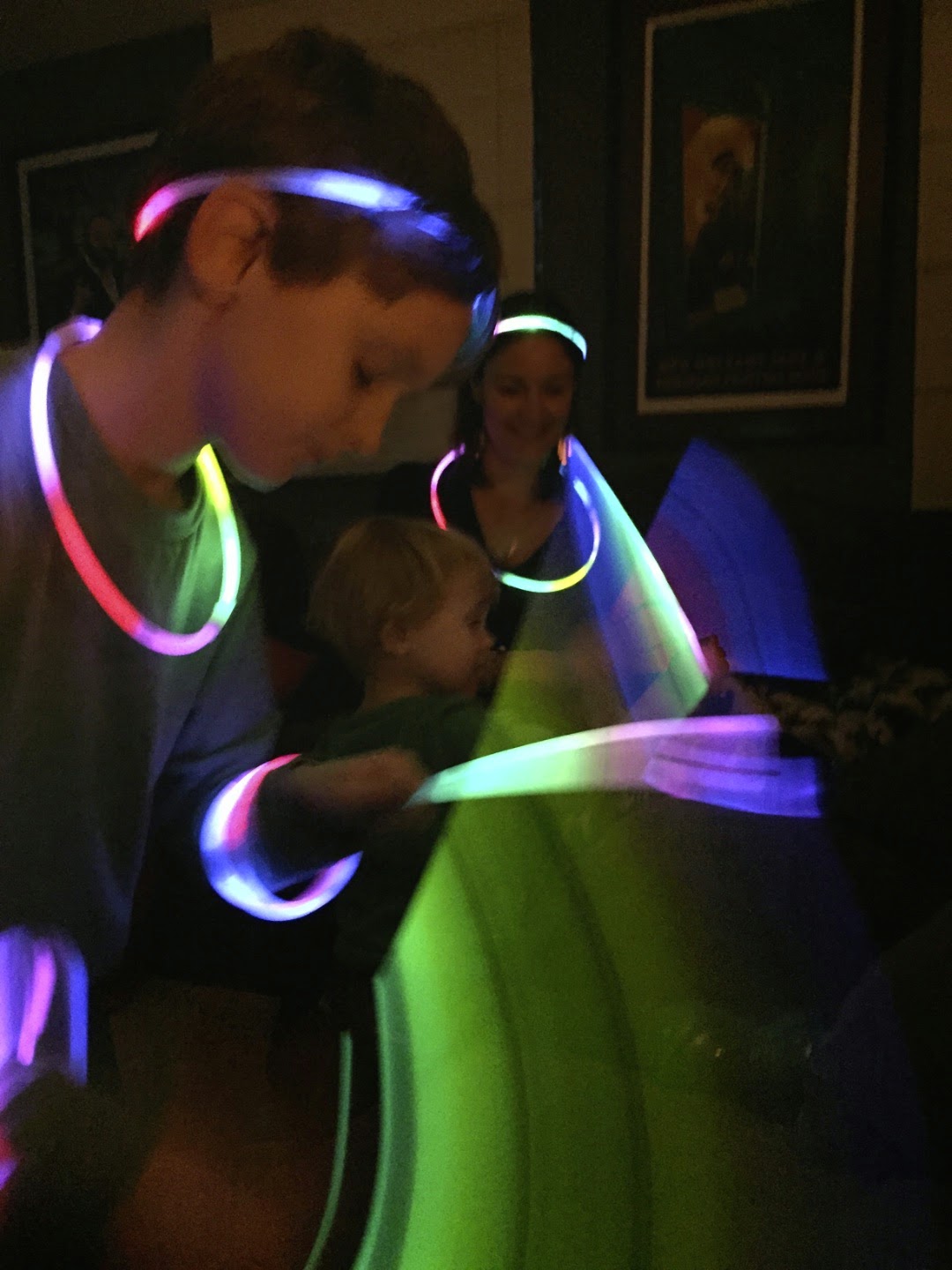 ... and dance parties - during which Edie would spin like a veteran Deadhead and Finn would approach and kindly offer, "Shall we dance?", which was my cue to pick him up and throw him onto the couch. 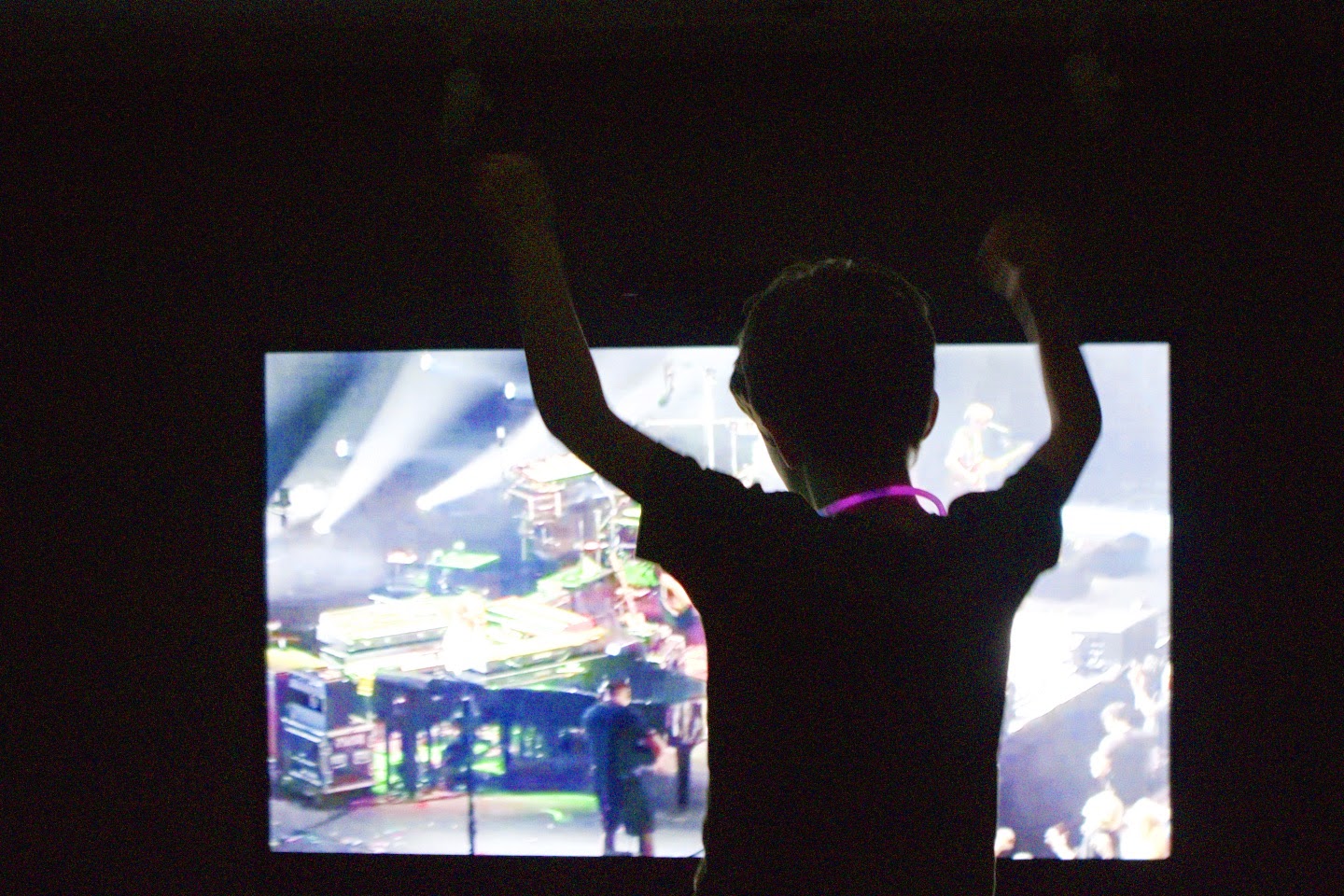 While we fully expected them to immediately lose interest in their parents' weird hippie obsession, Edie made it through the second set and Finn made it the distance, through East Coast New Year's and to the encore.  And he wasn't fakin' it.  I mean, look at this face! 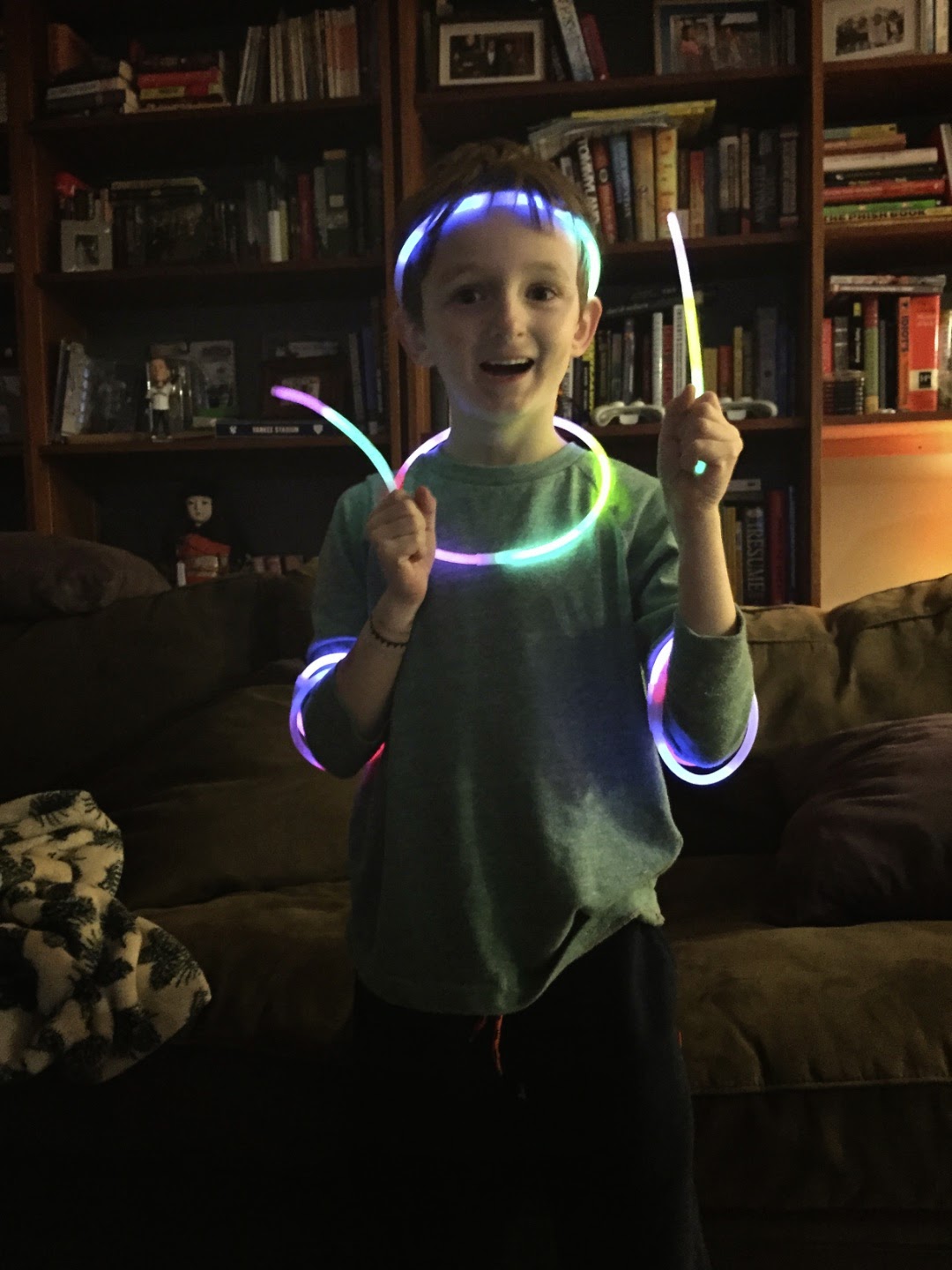 As the night was winding down and Finn and I were laughing and messing each other's hair to our favorite mangled Phish lyrics ("I saw you with a chicken sub in your hair!"), I realized that this was what it was all about.  Being able to share an experience like this - one that was so formative for their mom and me, and such a part of our lives for so long - is transcendent.  Even if they were sober like a couple of losers.

One of these days, these guys are going to grow up, hop into a Virgin Galactic shuttle and head off to a Phish show on Mars for New Year's Eve, ditching us to watch alone on our couch (which will probably be made with GMO's; stupid future), but until then, I'm going to savor every New Year's Eve we have together.  We're going to buy as many glowsticks as we can afford, watch us some serious Phish, and turn our TV room into a crazy "mush pot," as Finn would put it.

Shall we dance?
Posted by Unknown at 10:34 PM No comments: