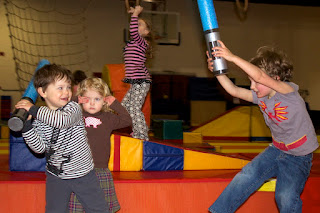 I am looking for pool noodles to make lightsabers for my son's indoor pool party coming up and am having no luck finding them. If you still have your extras I would be very interested in buying them ASAP!
Hollie

Oh, I've got extras. Are you in Seattle?

What a great idea!! Your post had me in stitches too!

We are SO doing this! I had actually come up with the idea independently while watching my son play Star Wars with a full sized noodle (great minds think alike!), but I was Googling light saber handle images when I came across your awesome post. The really CRAZY thing: MY son's name is Finn and we are also doing the Star Wars party for his 4th b-day. WHOA! Anyhow - thought that was a pretty cool coincidence! Thanks for the inspiration. :)

Love your sense of humor. I'll look at wal mart for the pool noodles.